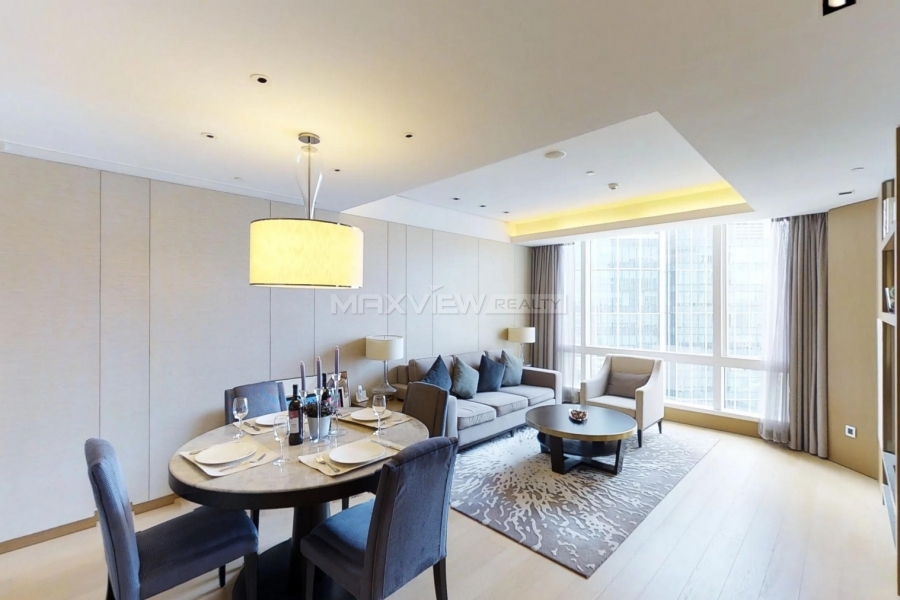 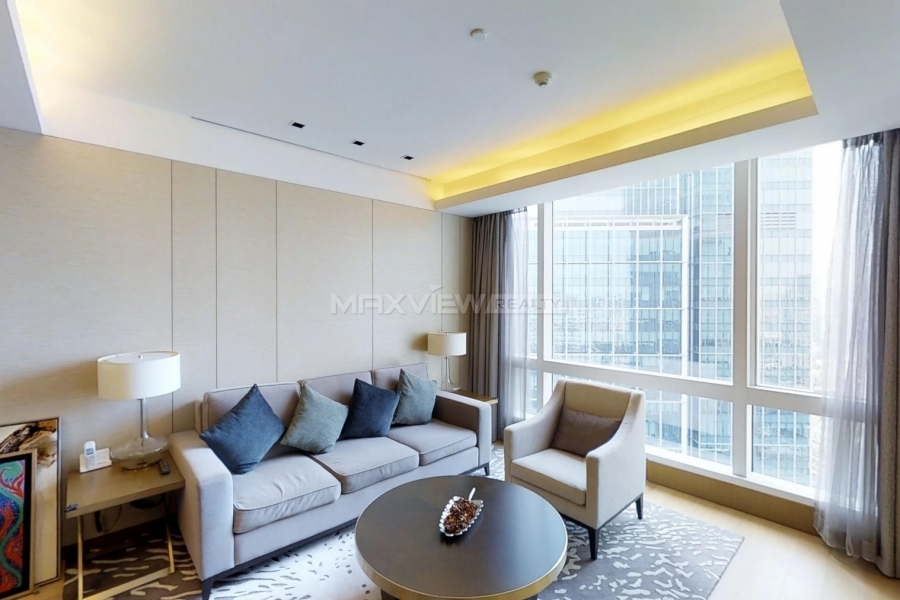 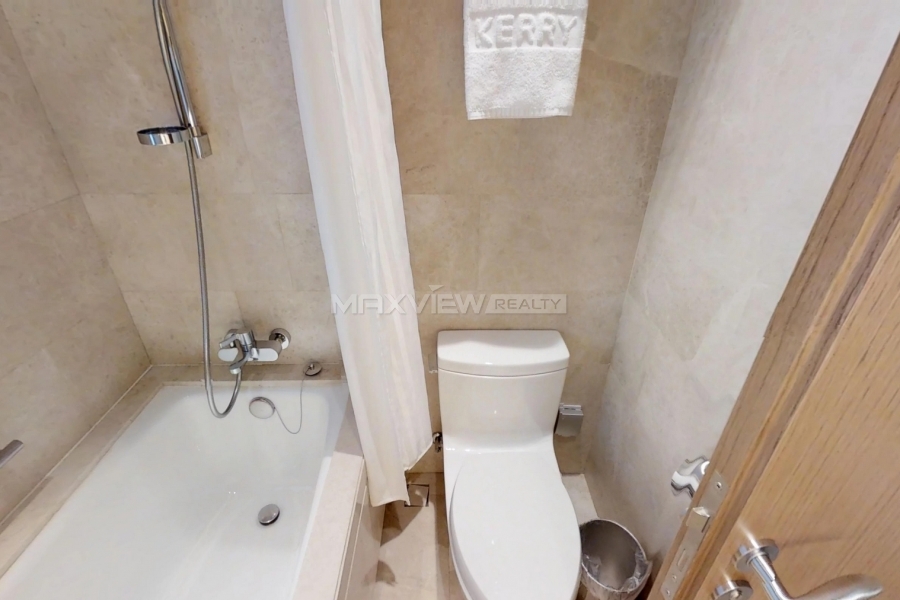 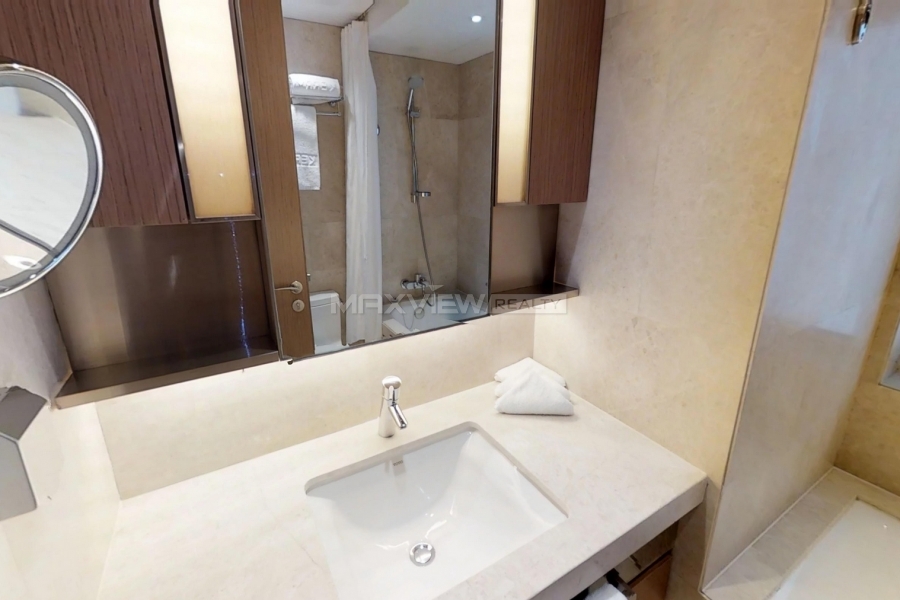 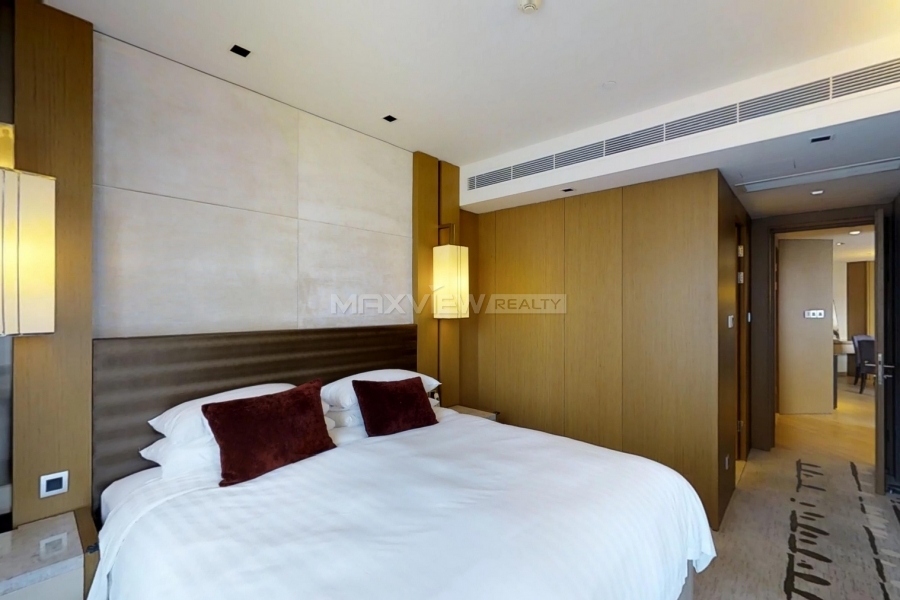 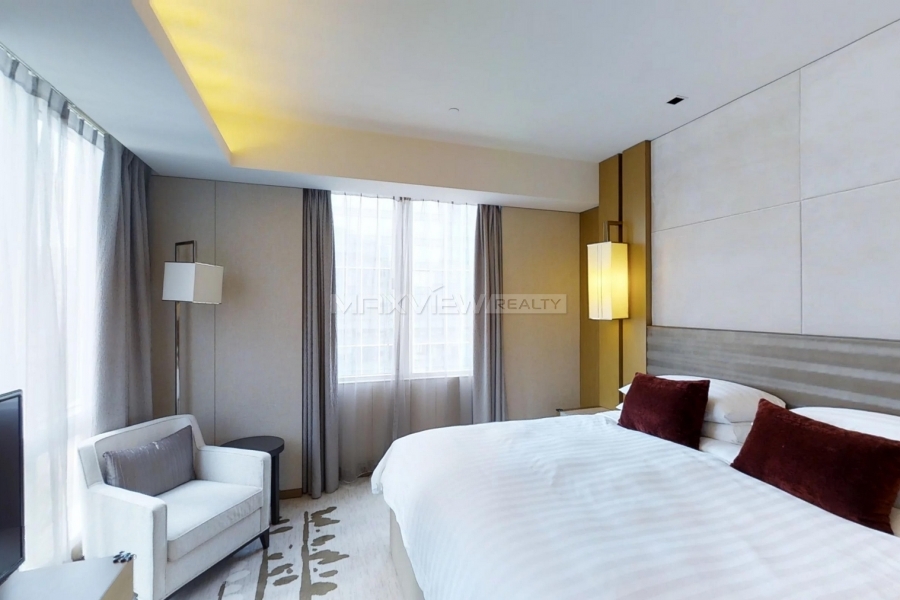 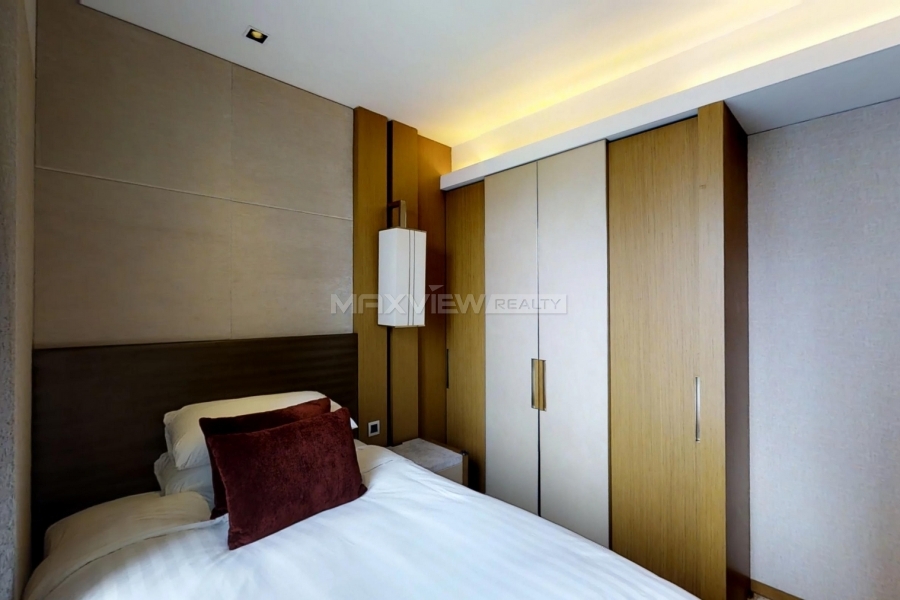 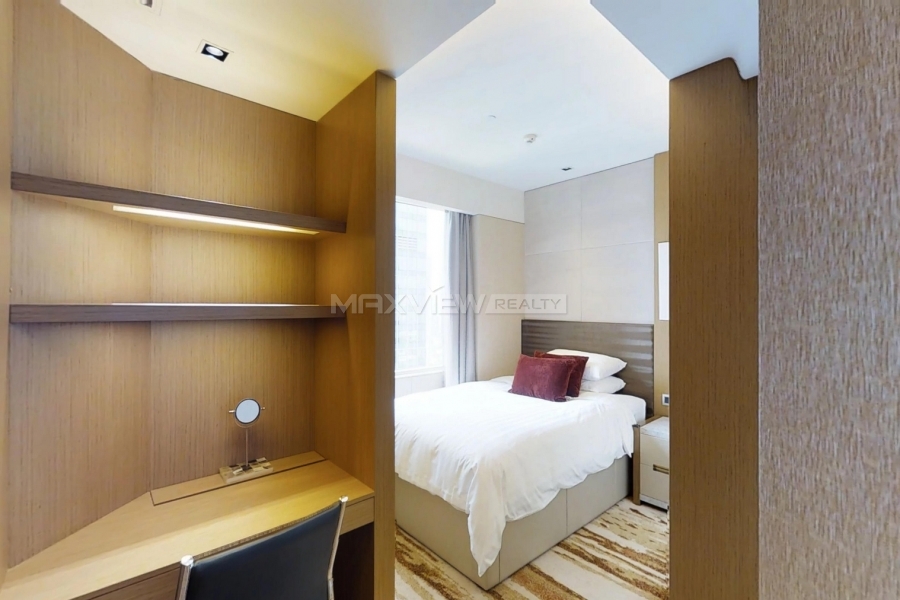 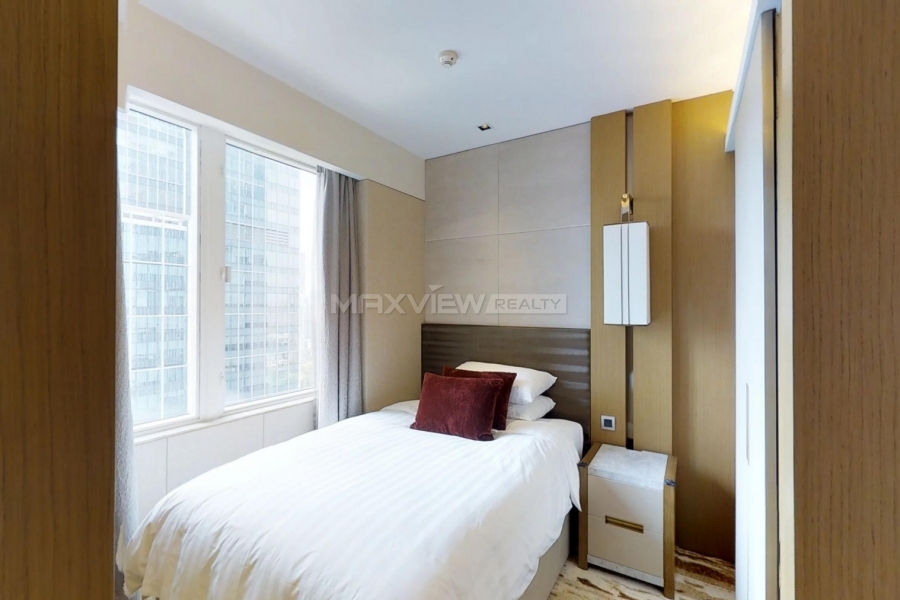 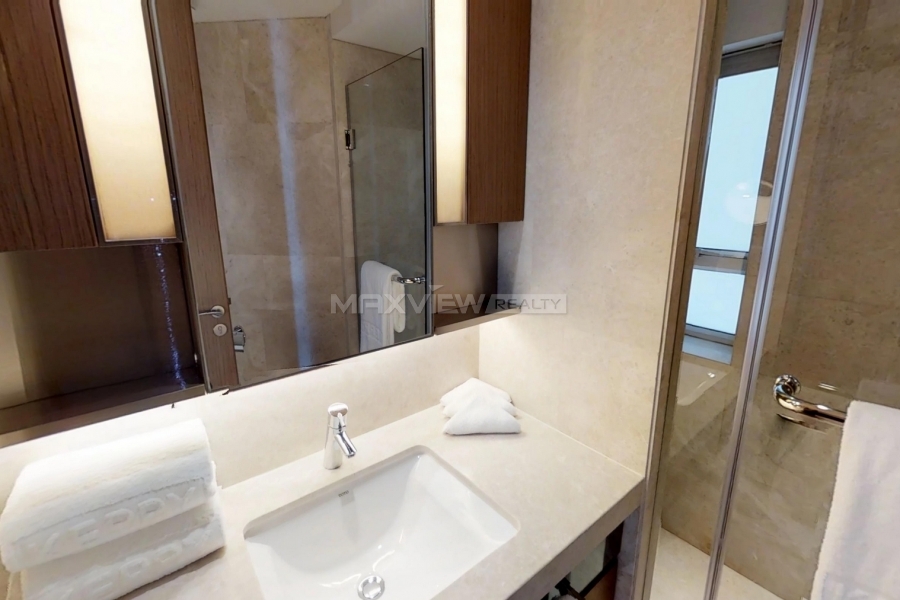 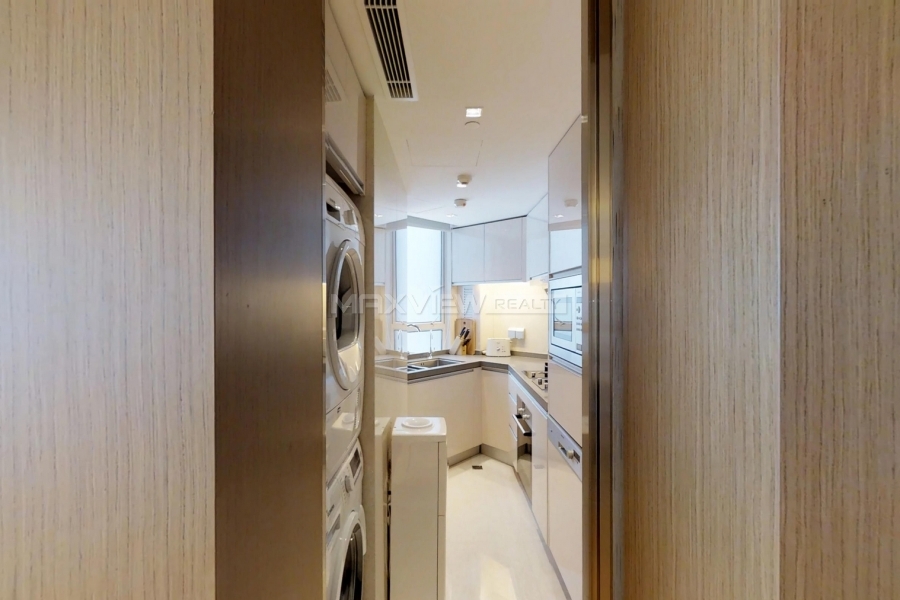 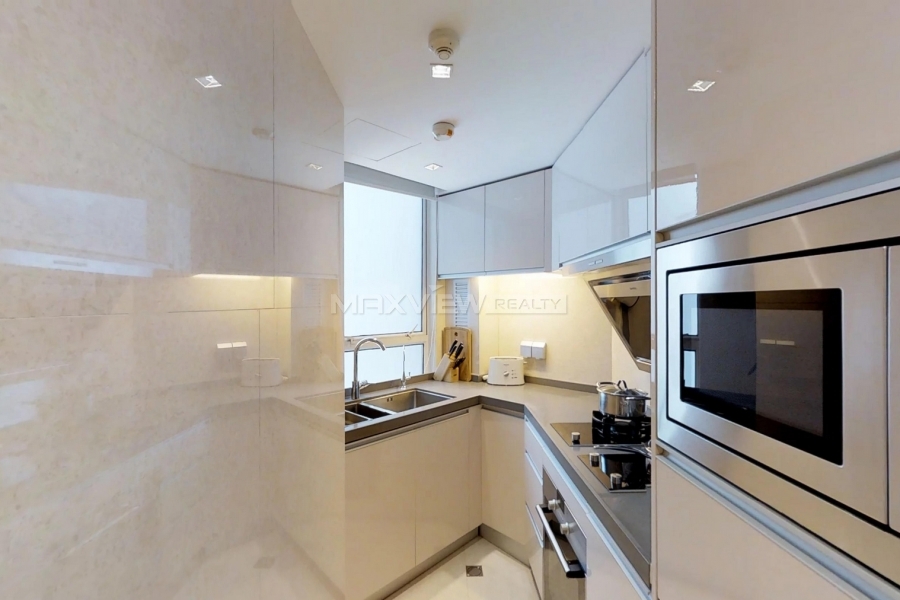 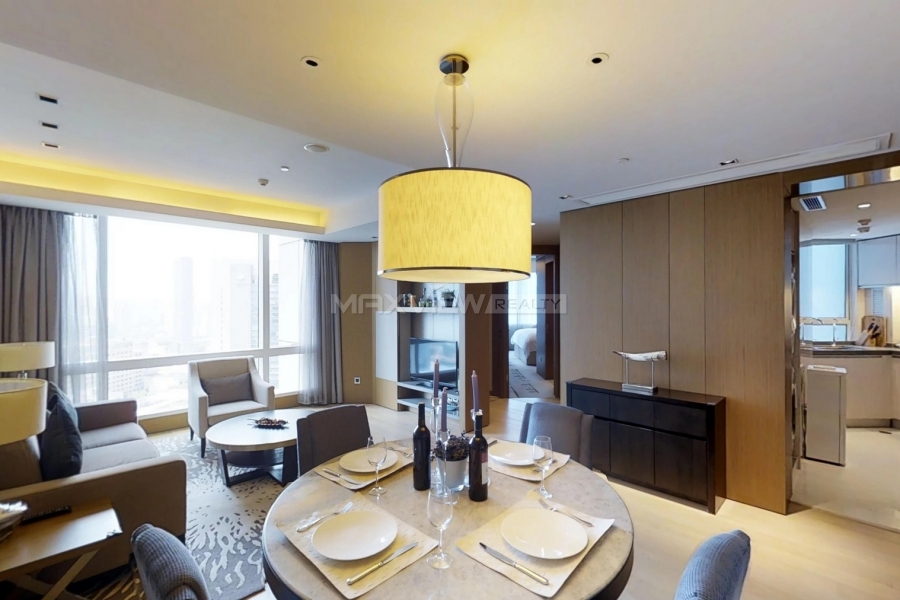 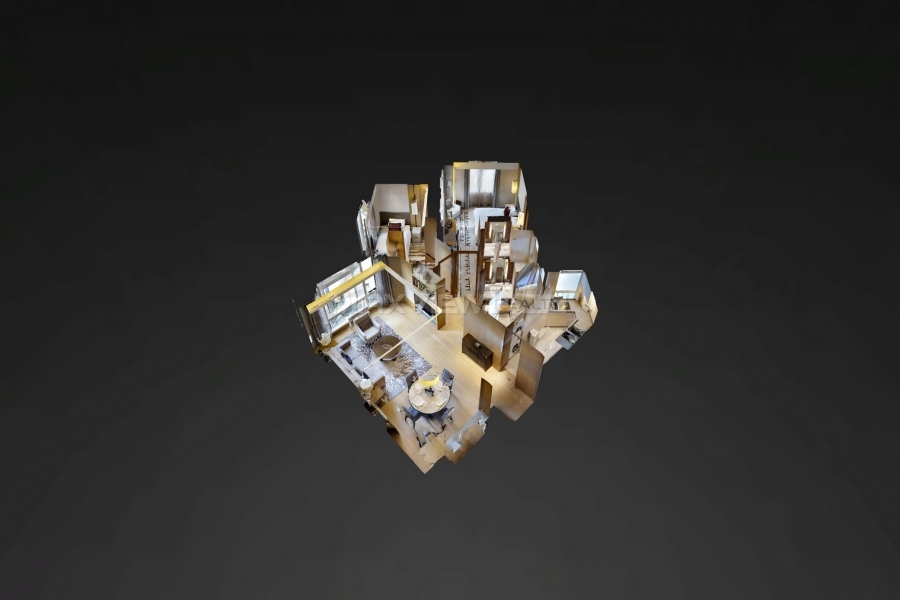 Set within an impressive building that was once part of Kerry Jing'An Mall, this is an outstanding two bedroom flat boasting luxurious and generous living space with air conditioning, underground parking and concierge.
Key features
- Magnificent two bedroom apartment set on the 26th floor
- Boasting luxurious and spacious accommodation throughout
- Fantastic reception room with space to dine
- Amazing master bedroom with en-suite
- Benefits from underground parking
- Set in a sought after location

Jing An Kerry Residences is located in jing 'an district of nanjing west road, adjacent to the Shanghai exhibition center and Jing 'an temple, also with Henglong Plaza、 Reel department store. There a cinema and theatre convenience store bookstore amenities such as bank cafe.The service apartments in 2012 for the whole renovation, room design fashion, the comfort level is higher, with high quality facilities, and international management team to provide the first-class service.

Compound
Even if you don’t live at the Kerry Centre, you’ll probably end up spending time there. A great location and an expertly chosen mix of venues has given it a reputation as a central hub, and not just in Shanghai either – the Kerry Centre exists in other major cities as well. It connects directly to the Jing’an Temple metro station, as well as the 5-Star Jing’an Shangri-La Hotel. And inside, its services amount to a small city, with a list of venues that includes a spa, nail salon, international supermarket, cinema, dry cleaner, stationary store, cosmetics boutique, cafes, bakeries, restaurants, and more. If that wasn’t enough, management has also packed in offices, a full-blown gym, and, of course, the Kerry Residences. Though already a few years old, the unbeatable convenience of living in the Jing’an Kerry Centre has tenants coming back again-and-again.

The Kerry Management Team designed the residences to have an “understated elegance” that emanates “clean modern lines and the beauty of simplicity”. Each residence comes with sophisticated furnishings and is paired with personalized top-tier housekeeping and concierge services. A full-range of appliances, kitchenware, tableware, and other necessities are also included. Small details, such as the inclusion of both gas and electric burners in the kitchen, ensure that residents of all kind will feel right at home. Central air-conditioning and air and water purification systems, which are often absent in similar properties, are conveniently included, giving residents the best possible living experience.

While the design aesthetic from apartment to apartment is the same, different layouts do have small design differences. A one-bedroom, for example, comes with a shower, a two-in-one washer-dryer, and lacks an oven. A two-bedroom, on the other hand, has a separate bathtub and shower, an oven, and separate washer and dryer. Other differences include, of course, floor level and direction. Residents also have access to premium onsite facilities, including a large gym, an indoor pool, and a sauna. Residents’ guests may use the facilities by purchasing a day pass for ¥200.

Neighborhood
The Kerry Centre Residences is located in the trendy, urban district of Jing’an. Known for its namesake, Jing’an Temple, and upscale shopping malls, Jing’an District is highly popular among expats wanting to live in inner Shanghai. With its wide range of imported goods and English speaking services, the area makes for an easy transition into life in Shanghai.

In 2015, the more northern Zhabei District was absorbed into Jing’an District. Apart from the Shanghai Railway Station and the Shanghai Circus, the Zhabei area is known as a largely residential area, while Old Jing’an is more commercial and centrally located. The combined areas of Old Jing’an and Zhabei cover a wide expanse of land that includes an extensive number of metro stations, a railway station, and several key expressways: the North-South Elevated Road, the Inner Ring Elevated Road, and Yan’an Elevated Road. Kerry Centre residents are based in a complex that connects directly to metro lines two and seven, and, as the residence is centrally located, many of the city’s top sites are within easy reach by car, metro, or even, in some cases, by bike or on foot.

More of Kerry Residence Jing An