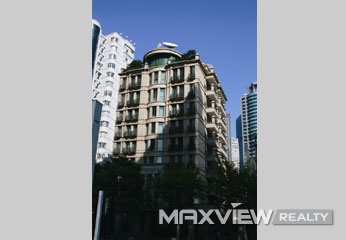 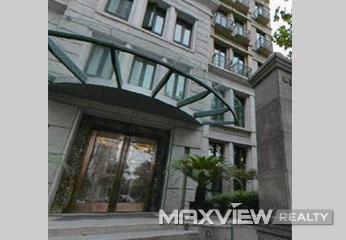 Compound Villa Beau Rivage is a little known, hidden gem in the heart of Shanghai. Comprised of just a single, 8-storey building that hit the market in the late 1990s, it has fallen in popularity as other, flashier compounds have cropped up. That’s not to say that the residence doesn’t have its advantages though.

For one, its location is fantastic, with Jing’an Temple to the north and the Former French Concession to the south. Foreign-oriented retail venues and services are nearly unlimited in these areas; residents have easy access to English-speaking healthcare specialists, international supermarkets, charming cafes, and more. Getting around is also easy since its location places it near Jing’an Temple (Lines 2/7) metro station, Changshu Road (Lines 1/7) metro station, and Yan’an Elevated Road.

The residence itself also has its charms. With just three apartments on each floor, the building is quiet and peaceful. Each unit comes with cozy furnishings, modern appliances, central air-conditioning, large windows, and a balcony. The rooms are designed to feel open and airy, and they include balconies that look out over classic style Shanghai homes. A few units come with special additions, such as unfurnished rooms or a private rooftop terrace. For all units, rent is inclusive of housekeeping services, which includes a weekly change of bedding.

Surprisingly, the building is in great condition, with the apartments, lobbies, and other areas sometimes surpassing the quality that is found in upper-tier residences. This is likely a result of the management team’s decision to undertake a massive renovation project five years ago. There are a few traces of the original design aesthetic, but overall, the project breathed new life into the residence and ensured that each space offers a clean-lined, quality look.

The basement floor of the building includes a gym and a spa. The gym, while small, is open and available to residents 24-hours a day. The Jacuzzi bath, a crowd favorite, is huge and open to residents who have made a reservation one day in advance. There are also two saunas (different types) that are available with a reservation that has been made at least two hours in advance.

There’s no onsite park or swimming pool, as can be found at other places, but its great location, well-maintained apartments, and personalized resident services more than make up for the difference. In fact, the building has been able to maintain a high occupancy rate and the large majority of its residents are expatriates.

Neighborhood Villa Beau Rivage is located in the trendy, urban district of Jing’an. Known for its namesake, Jing’an Temple, and upscale shopping malls, Jing’an District is highly popular among expats wanting to live in inner Shanghai. With its wide range of imported goods and English speaking services, the area makes for an easy transition into life in Shanghai.

In 2015, the more northern Zhabei District was absorbed into Jing’an District. Apart from the Shanghai Railway Station and the Shanghai Circus, the Zhabei area is known as a largely residential area, while Old Jing’an is more commercial and centrally located. The combined areas of Old Jing’an and Zhabei cover a wide expanse of land that includes an extensive number of metro stations, a railway station, and several key expressways: the North-South Elevated Road, the Inner Ring Elevated Road, and Yan’an Elevated Road. Residents of Villa Beau Rivage find that most of the city’s top sites are within easy reach by car, metro, or even, in some cases, by bike or on foot.