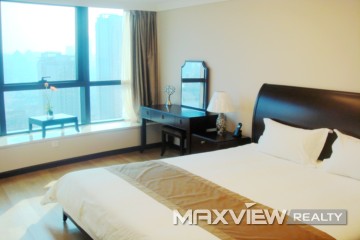 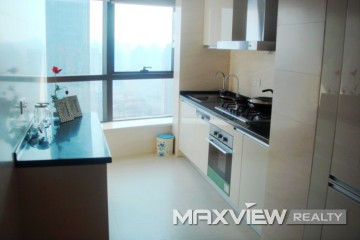 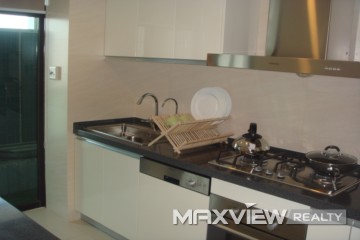 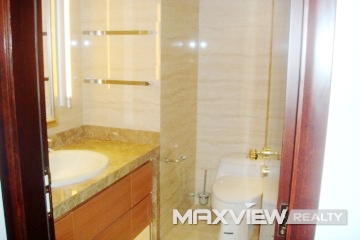 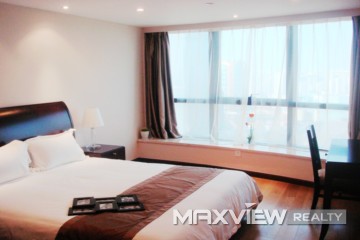 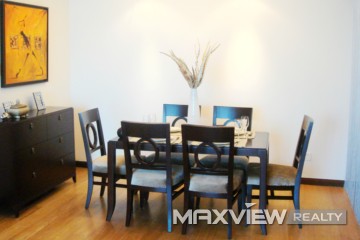 Compound
While Jing’an Residence 8 doesn’t usually top many people’s apartment hunting list, it really should. Bigger name residences often rely a little too much on their name. Breakfast, for example, used to be a standard service offering at many of the city’s serviced apartment buildings. It’s now being slowly phased out at many residences, with a few offering compensatory coupons for onsite restaurants or a for-a-fee cold breakfast. While Jing’an Residence 8’s breakfast is simple and standard continental fare, it’s available daily for no additional fee for all its residents.

Breakfast is not the only area where Jing’an Residence 8 has inched past its competitors. It’s centrally located, within walking distance of Jing’an temple. Its spacious lobby is staff by an English-speaker and service is warm and impeccable. The gym is small, but it comes with a view and wall-mounted TV’s with channels like CNN and HBO. Furnishings are unexciting, but in good condition and part of a building-wide, cohesive look. Housekeeping is three times a week, rather than the standard two times. Sure, there are more luxurious places in Shanghai, but at this price range, Jing’an Residence 8 hits all the right notes.

Each apartment includes furnishings and a fully-equipped kitchen, complete with tableware, an oven, and a dishwasher. A washer/dryer combo, water dispenser machine, flat-screen TV, satellite, and Wi-Fi are also included. Built-in closets in bedrooms and hallways ensure that there is plenty of storage space, and an intercom by the door allows residents to call down to the reception desk and order jugs of water, request a taxi, etc. Higher level apartments also come with unbelievable views of the city, which can even be enjoyed while taking a bath – not to worry though, tinted windows keep anyone from seeing in.

Tenant services has a wide-range of offerings, including a laundry and dry cleaning service, a courier service, a floral service, etc. The building also has a number of facilities that are available to residents: a gym, aerobics room, sauna and steam room, children’s playroom, meeting room, lounge & café, and reading area.

Jing’an Residence 8’s 156 serviced apartments range from one to three bedrooms. They have a high occupancy rate, with their tenant population being comprised of a large number of Japanese expatriates, some Western expatriates, and a few upper-class Chinese locals.

Neighborhood
Jing’an Residence 8 is located in the trendy, urban district of Jing’an. Known for its namesake, Jing’an Temple, and upscale shopping malls, Jing’an District is highly popular among expats wanting to live in inner Shanghai. With its wide range of imported goods and English speaking services, the area makes for an easy transition into life in Shanghai.

In 2015, the more northern Zhabei District was absorbed into Jing’an District. Apart from the Shanghai Railway Station and the Shanghai Circus, the Zhabei area is known as a largely residential area, while Old Jing’an is more commercial and centrally located. The combined areas of Old Jing’an and Zhabei cover a wide expanse of land that includes an extensive number of metro stations, a railway station, and several key expressways: the North-South Elevated Road, the Inner Ring Elevated Road, and Yan’an Elevated Road. Jing’an Residence 8’s find that most of the city’s top sites are within easy reach by car, metro, or even, occasionally, by bike or on foot.